The iconic Tib Street poem ‘Flags’ has been restored.

Lemn Sissay’s iconic street poem ‘Flags’, which was embedded into the pavement on Tib Street in 1998, has been restored as a specially commissioned piece of public art for the Northern Quarter.

The Manchester poet, who was awarded an MBE in 2010, has written a new piece, which will be installed on Tib Street in partnership with artist Tim Rushton, Bruntwood Works, The Arts Council England and Manchester City Council. 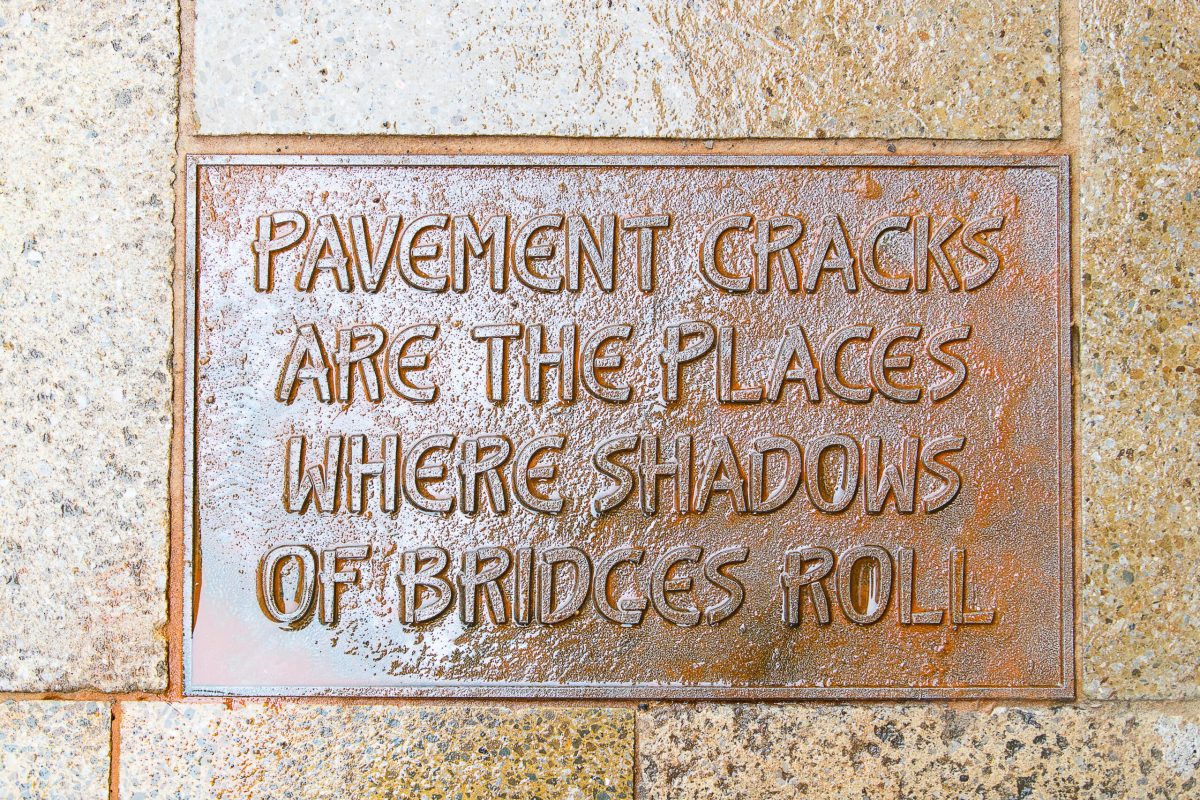 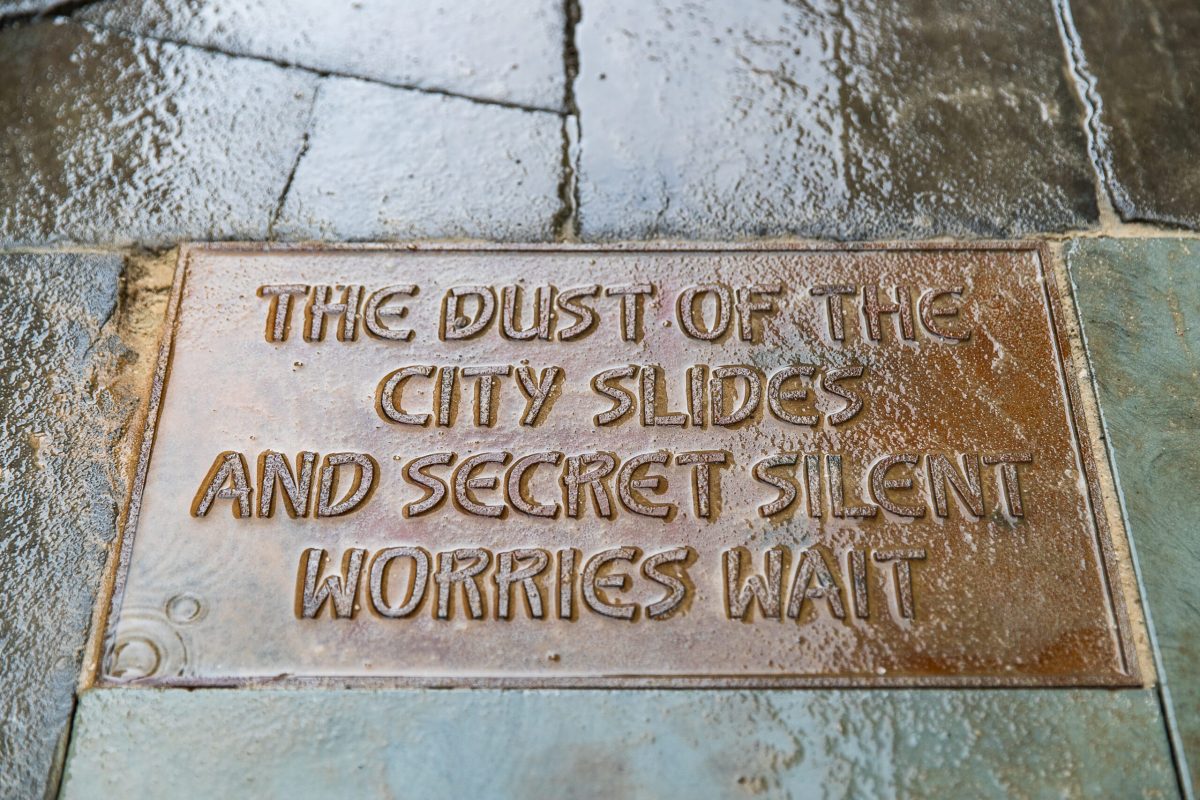 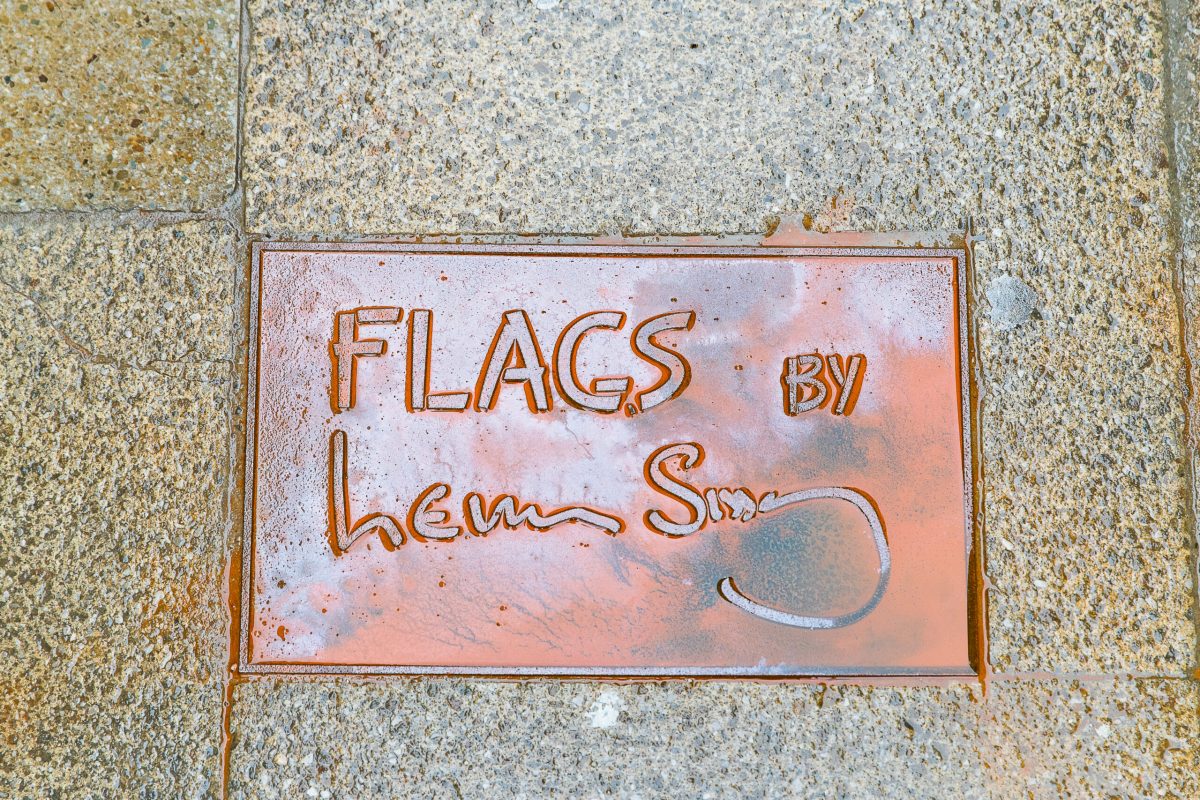 The original poem has suffered significant wear and tear since its installation over 20 years ago, with several panels being replaced with tarmac over time. Now it has been fully restored with a new poem by Lemn Sissay.

The piece, which has the same name as the original “Flags” is embedded at intervals along the length of Tib Street between Market Street and Swan Street.

The piece was originally part of The Tib Street Trail, a public art trail designed to encourage people to rediscover the Northern Quarter, which in 1998 had suffered a significant decline in footfall due to the earlier closing of the fish markets, and the opening of the Manchester Arndale Centre.

It was the centrepiece of a public art regeneration project, and now 24 years later, the piece once again showcases the creativity and authenticity of the now thriving Northern Quarter neighbourhood.

Artist Tim Rushton was also a part of the original trail and created the iconic Northern Quarter street signs as the poem in the same original font ‘Cypher’ which was set into the pavement using ceramic lettering blocks. Tim has recreated Lemn’s new poem in the same design as that used for the public art trail of the 90s.

The new artwork will be officially launched with a public reading by Lemn Sissay MBE on Tib Street as part of Manchester International Festival next month.

Andrew Cooke commented:
“We’re thrilled to be restoring this iconic piece by the incredible Lemn Sissay MBE. The Northern Quarter neighbourhood is at the heart of Manchester’s creative heritage and we’re proud to be investing in its public art once again. So much has changed since the poem was first installed – Lemn’s beautiful piece marks an exciting new chapter for the Northern Quarter as we welcome people back into the city and to our cultural quarter.”

Pavement cracks
are the places
Where poets pack
warrior words

Trip and fall
between the ledges
Where sweeping
silent rivers run

Pavement cracks
are the places
Where shadows
of bridges roll

Where water falls
water races
Heat crouches
beneath the cold

The dust of the
city slides
And secret silent
worries wait

Home truths
trickle home
Cracks are the
lines of fate

These pavement
cracks are patterns
of concrete
butterflies

And perhaps these
pavement cracks
Hold the
Manchester myriad